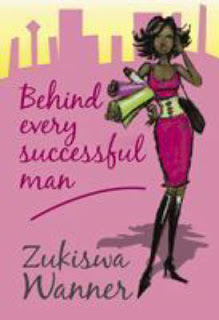 I’m feeling a bit tired after the excitement of the past couple of days, so today’s post is a list of random stuff :

My home office – It has been invaded by a colony of ants. So I’m working in the house today until I can sort the problem out. Bummer! I like my office. It’s so quiet and peaceful And comfortable too.

Books I want to read – Every so often I’d promise myself to learn more about Zukiswa Wanner, she who wrote Behind Every Successful Man and The Madams.

Zukiswa is a Johannesburg-based author and her books have been described as chick-lit. Finally Googled her last night and found her blog and she’s very funny. So I think one of these days I will actually shell out some cash. Check her out too.

Tell your story; inspire others - Laurakim, who runs Female2female is looking for inspiring stories from women who have triumphed through tragedies. If you have a story to tell which you think could help other women, email her at laurakim@female2female.co.za.

Growing a fan base on Facebook – I’ve found Facebook to be a much more effective promotion tool in South Africa than Twitter, even though Twitter is very compatible with cellphones and we have a high penetration of the devices here. Am now trying to find the words to explain why people in my networks should join Facebook and sign on as fans of the OneLove Campaign and Kwanda, and somehow I can’t find the words. Huh!

HIV positive bloggers – A client has asked if I know of an HIV positive blogger who writes about his/her status and life. It’s for an article on PLWHA and their blogging, with focus on what
the blogs are used for. Unfortunately, she can’t find a single active blogger in Africa [who’s HIV+ and talks about it.] To be considered active, the bloggers must have posted an entry within the past 90 days and at least 3 entries during the past 6 months. I’m sure there must be a few? If you know someone, please refer me to them. My email is damariasenne at gmail dot com.

Black bloggers – Speaking of bloggers, someone called me a prominent Black South African blogger the other day. Pfffft! I almost died from the giggles. OK. First it’s a mouthful. And as I told Zukiswa, who had the giggles too when someone called her a celebrity, I’m mostly called ‘Who?” in the media. As in “Who the %$##^&&$ is that?” But I would so love to meet other Black female bloggers.

And no my friends, this is not reverse racism rearing its ugly head. The thought came to me after listening to episode 33 of Digital Edge, where they discussed the fact that the majority of social media enterpreneurs in South Africa are white males. Or is it as Ramon Thomas said during the podcast, that bloggers of colour are out there in South Africa; it’s just that they are not very well known?

Sex tips – I’m looking for sex tips from readers on the OneLove regional campaign web site. We’re chatting about what couples can do to satisfy each other. And suddenly everyone has turned shy. LOL! Come on people! Say something, even if you comment as anonymous.
Posted by Damaria Senne at 11:54 AM

Facebook does reach a large no of people quickly!

Twitter relies on a very big following for it to be effective!

EEK about the ants - happens here the second it gets warmer!

I HATE ants. I am super scared of ants en masse. Give me a big hairy spider any day rather than ants.

Sex tips for her... if you want more sex, get rid of the Dstv subscription. If you want less, buy a PVR and record all sporting events ;-)

ROFL. That is so true? Do you remember the ad they used to have, about a wife trying to get the attention of her husband. Eventually she'd pass by him wearing black lingerie and he'd simply flick her off so he could watch TV.

don't remember the ad, but sounds about right.

I actually had to write sex tips on behalf of a celeb the other day. I used something similar. I can understand everyone turning shy!

my favourite blogger ever was a black woman, but she's quit blogging to concentrate on her book :-(

I hardly know any male bloggers, but I guess maybe we women are better at online communities?