Fastest Rejection In The History Of My Writing Career 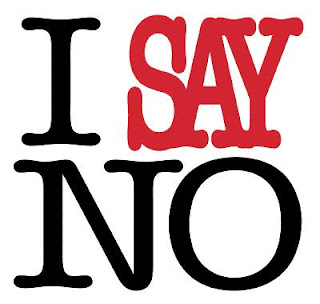 So yesterday afternoon I submitted a short article to well-known magazine I've been wanting to write for, asking them if they wanted to consider it for publication. About 45 minutes later, I was reading a rejection email from the managing editor.

Don't call me strange, but I was very happy to hear from her, even if she was only emailing me to say "thanks but no thanks."

So why was I thrilled by the fastest rejection in the history of my writing career?

1. The managing editor took the time to respond promptly to some random person saying, "here's a story I want you to consider." Considering the number of emails she probably receives daily, that's quite a feat!
2. She told me why she couldn't buy my story ( already commissioned the exact same story with someone else)
3. She offered me advice on how to interact with her in future ( next time, suggest a topic first, she said).

You can bet the mug of tea I really need to drink right now that I'm going to get in touch with her with another story idea. Very soon.

And I want to say THANKS to this editor for showing me that the query process can work. I'd lost hope on it actually ( which is why I knew about her point 3 but didn't do it). I usually just send the finished product, so the editor can read and decide whether she wants it or not.

For me, the waiting is worse, and usually, I consider work for unknown editors creative purging. It's usually stories that bug me, but they're not appropriate for my usual market and I'll have to try to sell to someone I've never worked with before. SoI write it down so it's out of my head, get on with the rest of work, and later, try to find an appropriate market for it.

A lot of editors I queried when I first started out as a writer didn't usually bother to respond and those that did, did so weeks or months later ( and I'm not blaming them. Having worked in a newsroom, I know about correspondence you keep meaning to get to, but never actually manage to do). But it got me thinking that publishing in mainstream media was a crapshoot unless you have established contacts, and I couldn't afford to spend too much time querying. Instead I'd focus on building relationships that could result in work down the line.

Question: Have you ever been happy, even excited, to receive a rejection? What was your reason?
Posted by Damaria Senne at 8:00 AM

Congrads on your rejection. Totally understand. - Tiah (btw, the issue is on my end, not your blog - be home in a few days)

Well I tried to send of a short story and was hoping desperately for a rejection so I would know I could try somewhere else. But no rejection. Funny how much I was hoping for that rejection, wow writing is a sadistic business!

nosizwe - I'm happy to share what I learnt. I also learnt from others in this business.
@po- ja, weird that "no" in this business is much better than a lack of response. Most people would think that silence means there's hope, but we know better - that the appropriate editor probably didn't even get to our submissions because it's buried under a slush pile of more manuscripts like it.

I'd prefer an outright rejection than the equivalent of a shoulder shrug. I told you the story of how I sent an article to that parenting mag and they said they wanted to use it and that I'd need to rewrite it to their style, but when they found out that I don't have kids myself, they lost interest. Wish they'd just asked outright.

Our writers circle held a workshop at the Centre for the Book in Cape Town and we had a couple of editors do talks. One of these told us that it is usually better to suggest a topic as this is easily answered, unlike a story that has to be read before you can reply. She said that editors tend to be inundated with email which means any mail that has to be replied to but isn't because of the editor having to read something unsolicited first means it disappears down the list so is more often binned straight away. The other thing she said, regarding one persons' comment here, is that if you have not heard back within 3 months then take it that you won't and send an email saying that since you have not heard you withdraw the story/article and will be placing it elsewhere. She said you are within your rights to do so.

and apologies for lack of punctuation! Am busy doing something else so please excuse me?

Don't worry about it. I'm just glad to managed to get the time to visit and leave a comment.

Glad to. Like the way you have turned the rejection into a positive too. I think we writers feel gutted when we get a rejection, because our stories are our babies and we think they are wunderbar. It is often difficult to hang onto a positive feel when rejected - humans do not take rejection well anyway really.
Thank you for pointing out that out of a negative can come a positive - just like a photograph.

the post will be a good reminder for me too,on days when I fear my writing sucks and criticism, even rejection of a piece of writing, feels like a rejection of me as a person.