Almost Back To My Old Self 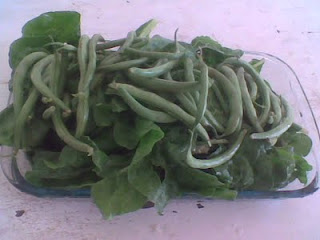 Physically, I'm almost back to my old self. The spa was fantastic. I felt so pampered as they gave me a manicure and pedicure, and then a really nice facial that left me feeling very tired. In a good way. As if I could sleep for days and wake up refreshed.

Got home and found that my green beans and spinach were ready for my first harvest. And the pumpkin is running all over the garden ( as planned) and the cabbage is finally developing some body. 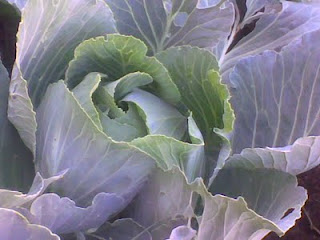 My other crops ( beetroot, tomatoes, carrots, lettuce and maize) also coming along and the flowers are also blooming nicely.

It's going to be a hectic day though. I have a lot of work to catch up on ( stuff I neglected because I was not feeling well) and the year is about to end, so I also need to develop a lot of content that will go live even when I'm not working. Client web sites don't go on Christmas holidays, you know:-)

BTW, the UNTOLD stories have been winning a lot of awards. UNTOLD is the largest locally developed HIV & AIDS prevention communication campaign in Africa.

The 9 films were produced (one for each country participating in the regional programme) locally by local writers, producers and directors. The films form part of the partnership between organisations in the regional OneLove programme.

Here is a DVD of excerpts from five of the 9 films:

Posted by Damaria Senne at 7:16 AM

wow, congrats on your veggies, my attempt this year has proved a dismal failure!

Your veggies look divine! So glad you're feeling a bit better. Hope you fly through all the stuff you need to get done.

How awesome do those veggies look - well done!

Glad you starting to feel a little better!

Ok your first veggie pic looked like a group of worms to me at first. I am sure that does not reflect the truth of your delicious veggies! :)