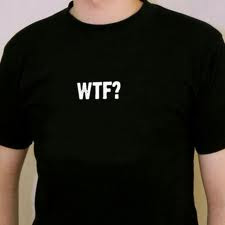 A good friend of mine did a terrible thing on Saturday night( I found out today). And it's so big I just can't process it. I want to run from it. I want to say it's not true. I want to hit the rewind button, go back to Friday and do Saturday over. And I'm not even a minor character in this real-life drama, so if I'm not coping, you can imagine how the people involved in the situation are doing.

Short story: My friend killed a friend of his. And now his friend is sleeping in the mortuary, the dead man's family is devastated and want revenge/justice, my friend is in jail waiting to go through the justice system and his wife is left with two children under the age of 5 and a third of their family income.

Longer version: I wasn't present during the incident, so it's all hearsay. But my friend and his friend had been having some tension. I thought it was a normal part of their relationship (They'd known each other for years; fought like cat and dog but were protective of each other from third parties).

The situation exploded on Saturday, with the result that they had a huge argument. My friend was so angry he went into his house, got a big butcher knife, walked outside again and stabbed his friend. Apparently he aimed for the shoulder, but his friend moved ( trying to avoid the knife) and he stabbed him on the neck, severing a big vein or something. By the time the ambulance came, the friend had bled out and died.

After his friend died, my friend walked back into his house, chatted with his wife ( who didn't know what had happened outside and had been taking a bath) as if nothing major had happened until the police came.

A part of me is horrified that my friend could do this while in a rage. Another part of me still doesn't fully grasp that this actually happened. We're talking about the same person who organised a small funeral for my puppy Gideon on Saturday morning.

How many 40something married men do you know who will go over to a female friend's house, wrap up her dead puppy, dig a hole in her garden and bury it, without expecting anything in return or making nasty comments about being "too girly?"

This is the guy who periodically pops in to make sure that little jobs I can't do get done in my home. Things like replacing light bulbs on a regular basis, putting in motion sensors, giving me my two chow dogs Edward and Hayley for protection, chasing Edward and Hayley all over the neighbourhood when they managed to slip through the gate.

Yet, he was capable of being so angry, he completely disconnected from the protective, considerate man I know and killed someone. And not just a stranger - but a very good friend of his.

A part of me is also afraid that I was wilfully blind. I'd seen him get very angry with other people before. There was a memorable incident where he sought to fight someone on my behalf, and I ended up begging a stranger to walk away from the confrontation because my friend was not listening to me tell him to let the issue go. Never mind that he was right and it was sweet of him to try to protect me. The situation was getting ugly and I was afraid for the stranger.

I remember telling him. "If the cops came right now, they would see you as the threat, not this person. And I would have to agree with them. And that scares me, because when this discussion started, you were in the right."

But he never did anything about managing his anger. And his family, friends, we never pushed him to do so.

Today I spoke to his wife numerous times. And it was frightening how very little I ( or she) could do. Bail is out of question ( assuming the state even makes it an option.) It's money the wife needs right now to take care of her children. Andthe dead man's family are more inclined to leave the wife and children alone, as long as "he rots in jail." ( their words).

Wish I could give you a hug in person. You are not responsible for his actions. You did not make his choice for him. There is enough grief in all of this without guilt. So sorry to hear your heart hurts.

Oh my word Damaria. That is just too much to process. I can't even proces it myself.

@Po -it still doesn't seem real.
@tiah- thank for the virtual hug. It's as much appreciated as an in-person one. And I hadn't even realised the level of guilt and shame I was sinking to until you pointed it out.

@marianatha - thanks for the phone call and the offer to come sit with me last night and your just being there to listen.

Oh. My. Gosh. This is a terrible thing to happen. I feel so sad that your friend had so much repressed rage that it just exploded into such tragedy. And so many lives affected by this. Damaria, can you just sit down and write a stream-of-consciousness short story or poem that will perhaps help you process your immediate feelings? Sending hugs and much love your way.
Judy

Sherbet, Damaria. That's hectic! Scary how anger can get so out of control. Hope you're ok?

@tamara - I'm much better today, thanks.

Gosh I am behind and only reading this now!
I am sorry you all have to go through this.
One moment and the lives of so many people are changed forever