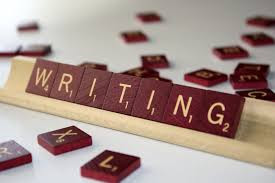 I'd forgotten that sometimes, writing work means getting things wrong.

Your editor, client or whoever has final approval on the piece may have so many queries the hurt from looking at the red-inked tracked changes is almost physical. That was how I felt yesterday.

The PR company I write for sent back an article I wrote for them, and they had at least 10 queries, and when  I read what they said, I realised that I started the writing process with too many built-in assumptions. Even  though the subject was technical (IT, Virtualisation), it's always, always about telling a story and instead of explaining things clearly and concisely, I threw in a lot of "facts" and big words. The resulting input involved  "what do you mean?" "this does not make sense and "give examples please?" Urgh! My poor client, having to read that mess and wondering if I've lost my mind.

And no, I didn't just do a quick and shoddy job on the fly. That kind of problem is whole different kettle of fish.  My great excuse is that the article scope was shorter than I liked for what I wanted to cover (600-800 words) and there was plenty to explain, so I didn't feel like I had room to say too much. Also, I had an underlying attitude of, "This is for tech professionals. I'm sure the readers know the basics of this." Big mistake. Never assume. And I'm not implying that they wouldn't know, but my job is to tell them a story that also imparts information that they can use for their business.

So what did I do?

1. Get over your ego, shaken confidence and hurt feelings - I did mention that I became a blubbering mess inside, right? So I had to calm down, stop the self-blame, which is self-indulgent.I walked the garden, then played an hour of Criminal Case before I was ready to face the page again. Please don't judge me on Criminal Case. I know it's mindless, but sometimes that's exactly what the brain needs.

2. Inform the client that you're on the case - If the problem was a small one or I knew a fix would take less than an hour, I would have simply rewritten it and sent it back. But while the queries were clear, I could see a bigger underlying problem and a complete rewrite was needed.

3. Reread the manuscript and the consider the client input -I printed the article out, as sometimes it's easy for me to miss things on a screen. Then armed with a red pen and my original source documents, I went through the article.

4. Consider the story that you initially wanted to tell - If the article had a few minor queries, I would just have typed in new changes answering the queries and left it at that. But I felt like, while that could pass muster for having answered the queries, this was not the best version of the story I could tell. So I read up on the subject matter all over again, went to bed and slept on it, letting the information marinate in my brain.

5. Focus on what is important- There was pressure from wanting to get it right this time; pressure from wanting to do the writing as quickly as possible, because yes, there is always a deadline. And I had other work planned and the scope of the changes I wanted to make would have an impact on my schedule. I had to remind myself to focus on what I needed to and could do, reschedule and manage everything else.

6. The final fix - It's been raining since last night. Slowly. Quietly. Rain soothes me and makes me happy because I know my garden is being fed. This is especially important to me after a devastating drought this past Summer. So this morning I cocooned in my home office, just me and my computer and lots of herbal tea, and wrote.

6. Once it's gone, it's out of your hands - Once I sent the new version out, I had to mentally let it go. I can't control how this new version will be received and honestly, once it's accepted, it's no longer my baby. A thorough copy-editor will go through it and likely find one or two things I missed. That's what they are there for ... to make a writer's work shine.

Right now blogging about the process is helping me let go. I got it wrong. I learnt from it, and now it's time to open a new manuscript and start another writing process.