The Ideas Factory Is Open 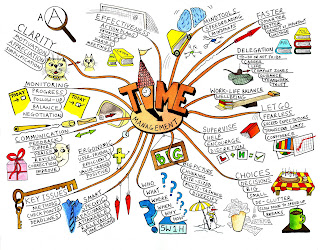 One of the signs that I'm doing OK is that I start to have more ideas for articles, stories, poems, books, evenTV, radio and web sites than I can ever implement in a year.

It's wonderful and exciting and scary and frustrating because I have to allocate time every day basically to dump the ideas onto paper, so my brain is free to focus on the details of the projects I'm currently working on.

And there's only 24 hours in a day; therefore, not enough timeto actually sift through the chaff to find the golden ideas, and develop every seemingly good idea into something usable. And by the time I actually get tired and no longer generate any good ideas, I actually feel sour about my own creativity and every idea that seemed brilliant and inspired before then seems boring and overdone. So they don'tget implemented then either, because my judgement is suspect:-)

Anyhoo, right now I'm sorta spewing ideas left, right and centre. A friend of mine asked me if I ever worry that people would steal my ideas and develop them. Quite frankly, I wish they would, because during these times, there seems to be so many and it would be nice to see some of them become entertaining/educational products, even if i'm not the only one who made them.

And it would be such a relief to dump the implementation aspect onto someone else! Someone else to worry about whether the idea has commercial value; someone to worry about getting the money and time too see it through. Sounds good to me:-)

So this morning was hectic - I still have a lot of contracted writing to do. And I did a lot of idea generation. I also went back to the un-named story I started months back, spewed some words onto paper.

I also created an event on Facebook and invited some people to confirm their attendance. If you're based in Johannesburg, you're welcome to attend.

You can also blog about the event andthe issue if you want and I'll provide whatever additional information you need: did you know that out of every 100 rape incidents reported in South Africa, only 6 get a conviction?

On OneLove, there's a young who says he suspects his girlfriend, who take has refused to have sex with him because is a virgin, is having sex with someone else.

And I wanted to ask you, do you think people who want to wait until they are married should date ( as in casual boyfriend/girlfriend dating, not courtship with both parties committed towards marriage as the eventuality).

I'm making no religious judgements, but I'm just wondering if dating sorta creates expectations that there will be sex, and it's better not to get into that kind of situation in the first place if the only person you ever plan to have sex with is your husband or wife. What do you think?
Posted by Damaria Senne at 1:15 PM

WOW! I wish I had a fraction of the energy, motivation and ideas that you have.

Thanks Po. when the ideas flow,it's beautiful. Wish it was consistent though. You've been around the blog long enough to see I go thru the highs and lows of creativity:-)