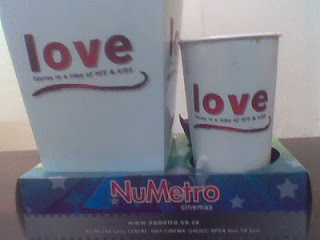 Last night I attended the premier of "Love - Stories in a time of HIV & AIDS," a series of 10 short films that were developed as part of the OneLove campaign.

The films were developed in 10 countries in Southern Africa, and all of them are being broadcast on national TV stations in the participating countries. In South Africa they are going to be broadcast on SABC1 starting 24 March.

We watched the South African short film "Umtshwato - The Wedding" as part of the launch and I must say, it was a fairly good piece. Made me laugh, and left me wanting more.

From a work flow point of view, the days before the launch also kept me busy. I managed to create a 12-page mini-site for the series on the OneLove web site, and also finalised and printed the inaugral newsletter for the campaign.

Here's a copy of the newsletter.
Posted by Damaria Senne at 8:19 AM

WOW what an exciting project to be a part of!

@paula and laura - Ja. I enjoyed working on the project.